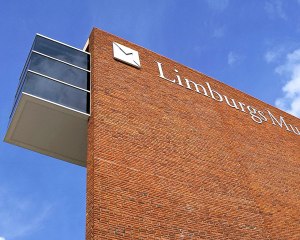 On the 24th of February 2012 a ‘kick-off’-meeting of the NWO-funded research project “Changing Platforms of Ritualized Memory Practices: The Cultural Dynamics of Home Movies” took place in the Limburgs Museum in Venlo, the Netherlands.

The meeting brought together project members, associated partners, individual experts, and relevant stakeholders to discuss the research project’s objectives. It resulted in a day full of constructive collaboration between the several parties. After a general introduction of the research project by project coordinator Dr. Andreas Fickers (Maastricht University), small groups were formed to discuss the planned project’s outcomes. In three parallel sessions, the groups discussed:

All sessions provided some useful first drafts for the realization of the three sub-projects.

In the afternoon, public and press were invited to hear more about the project. After a short presentation by Dr. Jo Wachelder (Maastricht University), project member and board member of the Limburgs Museum, in which he emphasized the relevance and unique character of the research project, a compilation of home movies was screened. Coming from the audiovisual archives of both the Limburgs Museum and Huis van Alijn, the material consisted of fragments of Dutch and Flemish family films from the period 1920-1960. Generally, it gave a good impression of interesting potential source material for research.

In her lecture, project member and post-doc researcher Dr. Susan Aasman (University of Groningen) reflected on the past century of recording, preserving and remembering in home movies by making a comparison between two home movies on a child’s first steps: one made in 1941 by the Dutch filmmaker Piet Schendstock and one made in 2008 found on YouTube. In doing so, she vividly pointed out both similarities and differences in terms of rituals, color, sound, staging, labeling, sharing, and archiving.

Lastly, the beautiful and thought-provoking documentary-film Because We Are Visual (Olivia Rochette & Gerard-Jan Claes, 2010) was screened. Consisting out of online ‘found footage’ (personal video blogs, Youtube, etc.), the film reflected on how some people nowadays share their lives and memories within online environments and social media platforms. The film raised a lot of questions on (contemporary) ‘home movie’ memory practices. It functioned well to sensitize the public to the importance of home movies as forms of cultural heritage as well as historical sources and, consequently, it formed a nice way to close down a successful project’s ‘kick-off’.